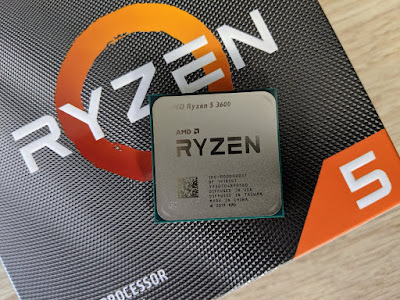 AMD’s Ryzen success story continues, with a single Ryzen 3rd-gen processor coming close to selling as much as Intel’s entire CPU range, according to the latest statistics from one European retailer.
As highlighted on Reddit, German-based Mind factory declared that AMD’s processors took 78% of sales for August, almost as much as in July when the company managed to bag 79%. Naturally, that left Intel on 22% of units sold for August, and once again, AMD wasn’t far off equaling the sales of Intel’s entire range of CPUs with one single Ryzen product – except this time the chip which managed that feat was a different one.
Last month, AMD’s top performer was the Ryzen 7 3700X, but that’s now in second place in terms of individual CPU sales, with the Ryzen 5 3600 taking the top spot. Indeed, the latter actually sold more than all of Intel’s 9th-gen offerings put together.