DONT put a Camera Cover on your MAC before reading this 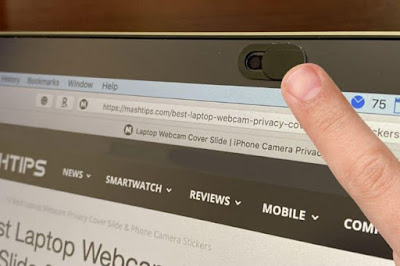 Apple has published a support page that warns MacBook owners not to close their laptop with a camera cover in place. Damage like a cracked display could result, according to the company, because “the space between the display and keyboard is designed to very tight tolerances.” Mac-Rumors also spotted the advisory, which Apple posted in Beginning of this month.

Those little plastic camera covers with a sliding mechanism are super common nowadays. But they could spell disaster for your laptop screen if you shut the laptop with the cover still on, and Apple’s laptop repairs are extremely costly. Even with AppleCare+ accidental coverage, the deductible isn’t cheap.

Instead of using a cover, Apple says that customers can trust the green LED beside the camera on a MacBook Pro or MacBook Air that illuminates whenever the camera is active. “The camera is engineered so that it can’t activate without the camera indicator light also turning on,” Apple’s support document says. That’s all well and good, but sometimes it’s not so much about privacy as it is just having that layer of separation between you and your co-workers on a video conference; I never like popping up on camera unexpectedly during that first cup of coffee in the morning.