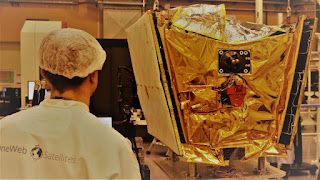 A UK parliamentary panel has launched an inquiry into the UK government's successful bid to acquire satellite technology firm One Web along with India's Bharti Enterprises earlier this month.
The winning bid hailed as reflective of the scale of Britain's ambitions on the global stage by UK Business Secretary Alok Sharma has come under the scanner of the House of Commons Business, Energy and Industrial Strategy (BEIS) Committee as "troubling and concerning" after it was alerted by a civil servant in the government's business department over concerns around the investment.
As part of the deal, Sharma had confirmed that the UK will invest $500 million and take a "significant" equity share in London-based OneWeb, which had declared bankruptcy earlier this year.  Another $500-million will come from Bharti Global Ltd, an entity of the Sunil Bharti Mittal led Indian telecom major. Now more than ever, the government needs to ensure that it's spending tax-
payers money as prudently and wisely as possible. Using nearly half a billion pounds of taxpayers money to gamble on a commercial opportunity' whilst still failing to support manufacturing jobs with a sector deal is both troubling and concerning, said Darren Jones, Opposition Labour Party MP and Chair of the BEIS Committee, as he announced an inquiry starting in September.

The Secretary of State's [Sharma] use of a Ministerial Direction to push through the purchase of a stake in OneWeb against the advice of his own Permanent Secretary heightens concerns around this investment and about the prospects of this delivering UK jobs and value for taxpayers' money.