The Taliban have access to US military aircraft. Now what ? 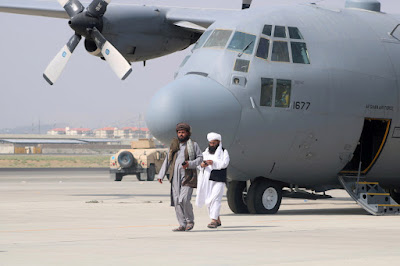 Once the Taliban seized control of Afghanistan’s airfield in Kandahar on Friday, it didn’t take long for photos to appear on social media showing Taliban fighters posing with military helicopters such as U.S.-made Black Hawks and Soviet-made Mi-17s.

After the group took over Mazar-i-Sharif airport this weekend, more photos followed, this time of Taliban members standing next to an A-29 attack plane and MD-530 utility helicopter.Now, with Afghanistan under Taliban control, the question is no longer whether the organization will gain access to the Afghan air force’s inventory of U.S.-provided planes and helicopters, but what it plans to do with them — and what the U.S. military can do in response.

The Afghan air force operated a total of 211 aircraft, with about 167 planes and helicopters available for use as of June 30, according to a July report by the Special Inspector General for Afghanistan Reconstruction.